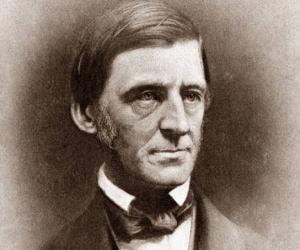 There’s not one lover of literature who has never heard of Ralph Waldo Emerson, also called the Sage of Concord. This transcendentalist writer was elated when he moved to his new residence in Concord. What particularly caught his fancy was the pretty-looking orchard, so much so that he not only looked after to the pear trees growing there, but also enjoyed writing in the garden. Occasionally, Emerson would invite his friends over and would take great pleasure in receiving them in his beloved orchard. One day, he sent some pears from his garden to cattle show held in Concord, and soon he was paid a visit by board members of the horticulturalist society. Feeling overwhelming pride at those beautiful pears that he had grown, he let them in, only to discover that they weren’t there to praise him. Instead, they wished to investigate the soil that had caused such horrible specimens of the otherwise delicious fruit.

This agreeable man, who earned a lot of admirers and friends alike, began losing his memory as he grew old. Emerson took this forgetfulness in his stride and named it the “naughty memory”, every time it failed him. Eventually this philosopher started forgetting words that would have otherwise been a crucial part of his vocabulary, and names that he had once been in love with. At the funeral of his long-term friend, poet Henry Longfellow, the Sage of Concord observed, “That gentleman has a sweet, beautiful soul, but I have entirely forgotten his name.”

For every minute you remain angry, you give up sixty seconds of peace of mind.

What lies behind you and what lies in front of you, pales in comparison to what lies inside of you.

Nature always wears the colors of the spirit.

Never lose an opportunity of seeing anything beautiful, for beauty is God's handwriting.

You cannot do a kindness too soon, for you never know how soon it will be too late.

Though we travel the world over to find the beautiful, we must carry it with us or we find it not.

God enters by a private door into every individual.

The greatest glory in living lies not in never falling, but in rising every time we fall.

The earth laughs in flowers.

To be yourself in a world that is constantly trying to make you something else is the greatest accomplishment.

Science does not know its debt to imagination.

Who you are speaks so loudly I can't hear what you're saying.

The first wealth is health.

Adopt the pace of nature: her secret is patience.

Beauty without expression is boring.

A hero is no braver than an ordinary man, but he is brave five minutes longer.

He who is not everyday conquering some fear has not learned the secret of life.

The only way to have a friend is to be one.

Nothing great was ever achieved without enthusiasm.

Make the most of yourself, for that is all there is of you.

Men love to wonder, and that is the seed of science.

Every artist was first an amateur.

We aim above the mark to hit the mark.

All life is an experiment. The more experiments you make the better.

It is not length of life, but depth of life.

Our chief want is someone who will inspire us to be what we know we could be.

A man is what he thinks about all day long.

Bad times have a scientific value. These are occasions a good learner would not miss.

The years teach much which the days never know.

A friend may well be reckoned the masterpiece of nature.

Flowers... are a proud assertion that a ray of beauty outvalues all the utilities of the world.

Once you make a decision, the universe conspires to make it happen.

Life is a succession of lessons which must be lived to be understood. All is riddle, and the key to a riddle is another riddle.

A good indignation brings out all one's powers.

It is one of the blessings of old friends that you can afford to be stupid with them.

The sky is the daily bread of the eyes.

Hitch your wagon to a star.

Nothing is at last sacred but the integrity of your own mind.

All I have seen teaches me to trust the creator for all I have not seen.

Write it on your heart that every day is the best day in the year.

Our greatest glory is not in never failing, but in rising up every time we fail.

In art, the hand can never execute anything higher than the heart can imagine.

Nobody can bring you peace but yourself.

Knowledge is knowing that we cannot know.

The reward of a thing well done is having done it.

The creation of a thousand forests is in one acorn.

The age of a woman doesn't mean a thing. The best tunes are played on the oldest fiddles.

Always do what you are afraid to do.

The health of the eye seems to demand a horizon. We are never tired, so long as we can see far enough.

Good men must not obey the laws too well.

I hate quotations. Tell me what you know.

An ounce of action is worth a ton of theory.

With the past, I have nothing to do; nor with the future. I live now.

The greatest gift is a portion of thyself.

Character is higher than intellect. A great soul will be strong to live as well as think.

Passion rebuilds the world for the youth. It makes all things alive and significant.

People only see what they are prepared to see.

Fear defeats more people than any other one thing in the world.

Doing well is the result of doing good. That's what capitalism is all about.

A great man is always willing to be little.

Pictures must not be too picturesque.

Judge of your natural character by what you do in your dreams.

Every particular in nature, a leaf, a drop, a crystal, a moment of time is related to the whole, and partakes of the perfection of the whole.

Let us be silent, that we may hear the whispers of the gods.

In the morning a man walks with his whole body; in the evening, only with his legs.

People do not seem to realize that their opinion of the world is also a confession of character.

A man's growth is seen in the successive choirs of his friends.

The civilized man has built a coach, but has lost the use of his feet.

Life consists in what a man is thinking of all day.

Every wall is a door.

Beauty without grace is the hook without the bait.

Enthusiasm is the mother of effort, and without it nothing great was ever achieved.

The desire of gold is not for gold. It is for the means of freedom and benefit.

It is one of the beautiful compensations in this life that no one can sincerely try to help another without helping himself.

Common sense is genius dressed in its working clothes.

We gain the strength of the temptation we resist.

The invariable mark of wisdom is to see the miraculous in the common.

All mankind love a lover.

The world is all gates, all opportunities, strings of tension waiting to be struck.

What is a weed? A plant whose virtues have never been discovered.

A foolish consistency is the hobgoblin of little minds, adored by little statesmen and philosophers and divines.

Don't be too timid and squeamish about your actions. All life is an experiment.

Trust your instinct to the end, though you can render no reason.

We must be our own before we can be another's.

We are always getting ready to live but never living.

Every man I meet is in some way my superior.

There is creative reading as well as creative writing.

Manners require time, and nothing is more vulgar than haste.

Truth is beautiful, without doubt; but so are lies.

Men are what their mothers made them.

If the stars should appear but one night every thousand years how man would marvel and stare.

Nature and books belong to the eyes that see them.

Win as if you were used to it, lose as if you enjoyed it for a change.

This time, like all times, is a very good one, if we but know what to do with it.

The ancestor of every action is a thought.

As we grow old, the beauty steals inward.