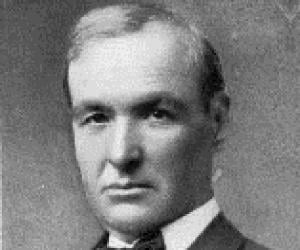 Celebrated American journalist, Edgar Watson Howe always wanted to become a novelist, but his dreams were nipped in the bud owing to financial constraints. In those days, as it is even now, to dedicate valuable time to penning a novel and also publishing it required a person to have enough money saved for a rainy day. Unfortunately for Howe, he could not lay claim to a full wallet.

To overcome his dire situation and yet pursue his dreams of writing, Howe would return home each day and sit at his kitchen table to write a few lines on a yellow tablet, using a pencil. Soon his experiences about his miserable life in a small town of Missouri began taking shape in the form of a book titled, ‘The Story of a Country Town’. The aspiring author did his level best to get his efforts printed—he ran from pillar to post but most publishers rejected his draft. Though disheartened, Edgar did not lose hope and went about trying to print it himself. Despite the tedious hand-set type printing, Howe saw to it that numerous copies were published and then distributed not just to friends and family members, but also to bookstores. He even sent copies to the likes of famous critics William Dean Howells and Mark Twain. Both critics loved the book and encouraged Howe to continue writing and extend the distribution of the book. Soon, it was the success of this book that changed Edgar Watson Howe’s life dramatically.

If you don't learn to laugh at troubles, you won't have anything to laugh at when you grow old.

A boy doesn't have to go to war to be a hero; he can say he doesn't like pie when he sees there isn't enough to go around.

To be an ideal guest, stay at home.

The man who can keep a secret may be wise, but he is not half as wise as the man with no secrets to keep.

Some men are alive simply because it is against the law to kill them.

A good scare is worth more to a man than good advice.

The feeling of sleepiness when you are not in bed, and can't get there, is the meanest feeling in the world.

The greatest humiliation in life, is to work hard on something from which you expect great appreciation, and then fail to get it.

No man would listen to you talk if he didn't know it was his turn next.

A thief believes everybody steals.

When people hear good music, it makes them homesick for something they never had, and never will have.

If your faith is opposed to experience, to human learning and investigation, it is not worth the breath used in giving it expression.

The only way to amuse some people is to slip and fall on an icy pavement.

If there were no schools to take the children away from home part of the time, the insane asylums would be filled with mothers.

When a friend is in trouble, don't annoy him by asking if there is anything you can do. Think up something appropriate and do it.

A young man is a theory, an old man is a fact.

It is hard to convince a high-school student that he will encounter a lot of problems more difficult than those of algebra and geometry.

The sounder your argument, the more satisfaction you get out of it.

Every successful person I have heard of has done the best he could with the conditions as he found them, and not waited until next year for better.

Instead of loving your enemies - treat your friends a little better.

There is only one thing people like that is good for them; a good night's sleep.

Marriage is a good deal like a circus: there is not as much in it as is represented in the advertising.

When a man has no reason to trust himself, he trusts in luck.

Farmers only worry during the growing season, but townspeople worry all the time.

If a woman doesn't chase a man a little, she doesn't love him.

One of the surprising things in this world is the respect a worthless man has for himself.

No woman ever falls in love with a man unless she has a better opinion of him than he deserves.

Never tell a secret to a bride or a groom; wait until they have been married longer.

Some men storm imaginary Alps all their lives, and die in the foothills cursing difficulties which do not exist.

There is nothing so well known as that we should not expect something for nothing - but we all do and call it Hope.

When you are in trouble, people who call to sympathize are really looking for the particulars.

You needn't love your enemy, but if you refrain from telling lies about him, you are doing well enough.

Don't abuse your friends and expect them to consider it criticism.

The underdog often starts the fight, and occasionally the upper dog deserves to win.

What people say behind your back is your standing in the community.

Fishing seems to be the favorite form of loafing.

The average man's judgment is so poor, he runs a risk every time he uses it.

A man will do more for his stubbornness than for his religion or his country.

Many a man is saved from being a thief by finding everything locked up.

A woman is as old as she looks before breakfast.

Families with babies and families without babies are sorry for each other.

Half the time men think they are talking business, they are wasting time.

The modest person is usually admired, if people ever hear of them.

It may be a cold, clammy thing to say, but those that treat friendship the same as any other selfishness seem to get the most out of it.

Living up to ideals is like doing everyday work with your Sunday clothes on.

The most destructive criticism is indifference.

When a man is trying to sell you something, don't imagine that he is polite all the time.

None of us can boast about the morality of our ancestors. The record does not show that Adam and Eve were ever married.

The worst feeling in the world is the homesickness that comes over a man occasionally when he is at home.

Common sense is compelled to make its way without the enthusiasm of anyone.

When men are not regretting that life is so short, they are doing something to kill time.

If a man has money, it is usually a sign, too, that he knows how to take care of it; don't imagine his money is easy to get simply because he has plenty of it.

Everyone suffers wrongs for which there is no remedy.

A woman who can't forgive should never have more than a nodding acquaintance with a man.

Men have as exaggerated an idea of their rights as women have of their wrongs.

Virtue must be valuable, if men and women of all degrees pretend to have it.

A modest man is usually admired, if people ever hear of him.

There is always a type of man who says he loves his fellow men, and expects to make a living at it.

Many people would be more truthful were it not for their uncontrollable desire to talk.

The little trouble in the world that is not due to love is due to friendship.

For every quarrel a man and wife have before others, they have a hundred when alone.

All of the troubles that some people have in life is that which they married into.

The way out of trouble is never as simple as the way in.

Americans detest all lies except lies spoken in public or printed lies.