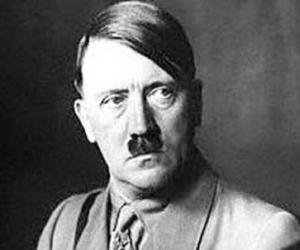 Austrian
Political Leaders, Leaders, Presidents, Military Leaders, Dictators
According to a famous narrative, in 1923 a man named Ernst Hanfstaengl tried persuading his close friend to shave off his bizarre moustache and instead grow one that was the trend those days. In response the 34-year-old said, "Do not worry about my moustache. If it is not the fashion now, it will be later because I wear it". Any guesses about the man with the funny moustache? It was none other than the Nazi dictator, Adolf Hitler. This brilliant, resolute, yet cold-hearted diplomat was once an outgoing, happy child. With a strong passion for painting, he would have probably made a name for himself as an artist, only if "Vienna's Academy of Fine Arts" hadn't rejected him on two consecutive occasions. But as events took a different turn, the young man transformed into the ruthless, strong-willed Fuhrer as we remember him today. There's not a single history book that has failed to dedicate a chapter to this infamous political leader. In fact, former events would have been entirely disparate had this autocrat not made the impact that we credit him with. We may remember this anti-Semitic figurehead for all the wrong reasons, but there is no contradicting the fact that he is indeed one of the most fascinating authoritarians the world has ever seen. That is exactly why these quotes by Adolf Hitler the one who wrote the revolutionary autobiography "Mein Kampf" make so much of a difference even today.

He alone, who owns the youth, gains the future.

Hate is more lasting than dislike.

How fortunate for governments that the people they administer don't think.

Humanitarianism is the expression of stupidity and cowardice.

Any alliance whose purpose is not the intention to wage war is senseless and useless.

I believe today that my conduct is in accordance with the will of the Almighty Creator.

Generals think war should be waged like the tourneys of the Middle Ages. I have no use for knights; I need revolutionaries.

As a Christian I have no duty to allow myself to be cheated, but I have the duty to be a fighter for truth and justice.

Demoralize the enemy from within by surprise, terror, sabotage, assassination. This is the war of the future.

Those who want to live, let them fight, and those who do not want to fight in this world of eternal struggle do not deserve to live.

All propaganda has to be popular and has to accommodate itself to the comprehension of the least intelligent of those whom it seeks to reach.

Strength lies not in defence but in attack.

I use emotion for the many and reserve reason for the few.

By the skillful and sustained use of propaganda, one can make a people see even heaven as hell or an extremely wretched life as paradise.

It is always more difficult to fight against faith than against knowledge.

If you tell a big enough lie and tell it frequently enough, it will be believed.

Universal education is the most corroding and disintegrating poison that liberalism has ever invented for its own destruction.

Mankind has grown strong in eternal struggles and it will only perish through eternal peace.

The art of leadership... consists in consolidating the attention of the people against a single adversary and taking care that nothing will split up that attention.