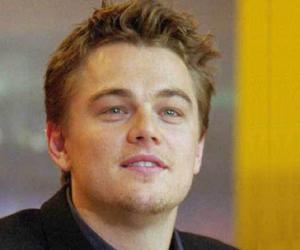 American
Actors, Film & Theater Personalities, T V & Movie Producers
Though he is yet to win an "Oscar" despite proving his acting prowess several times, DiCaprio has already bagged several laurels over the years and is currently a leading Hollywood star. Also known for his antics in parties and clubs, this celebrity has also made waves for his luxurious lifestyle. A source once claimed that the famous actor once showed up at a social gathering and smitten by his charm all the ladies at the party ended up heading to Leonardo's place from the party arena. DiCaprio's parents divorced when he was just one and the actor spent most of his childhood with his mother, who took up several jobs to make ends meet. Not many are aware that Leonardo is fluent in German too, thanks to his ancestry. Starting off his career just by doing commercials, Leonardo broke into international fame with his role in the 1998 Hollywood Blockbuster "Titanic", which became the highest-grossing movie at that time. Since then, he has wooed audiences with his ability to do justice to characters ranging across genres like drama, romance and even thrillers. In 2006, his career reached an all-time high when he was nominated twice in the "Best Actor" category for an "Academy Award", for his roles in the films "Departed" and "Blood Diamond". Known to be a philanthropist and environmentalist, in 2014, he was nominated as the UN representative for climate change. DiCaprio has attended several conferences held to address environmental issues.

I didn't know what types of movies I wanted to do. I want to do things that are different. I want to take my time with each role.

Everywhere I go, somebody is staring at me, I don't know if people are staring because they recognize me or because they think I'm a weirdo.

Don't think for a moment that I'm really like any of the characters I've played. I'm not. That's why it's called 'acting'.

I got attention by being funny at school, pretending to be retarded, and jumping around with a deformed hand.

Being Yourself Past Childhood Acting
Leonardo DiCaprio
0
0

I just want to keep doing what I'm doing and hopefully people will watch my movies.

I couldn't deal with playing a character who rides motorcycles and has a leather jacket and is a tough kid, y'know?.

Brothers don't necessarily have to say anything to each other - they can sit in a room and be together and just be completely comfortable with each other.

People want you to be a crazy, out-of-control teen brat. They want you miserable, just like them. They don't want heroes; what they want is to see you fall.

I don't see why I can't have friends of both sexes without wild rumors being circulated. It's crazy.

Drugs? Every one has a choice and I choose not to do drugs.

My career should adapt to me. Fame is like a VIP pass wherever you want to go.

I like doing things that scare me. I went bungee jumping, but sky diving is just the sickest thing.

The good thing about acting is that it always keeps you on your toes... It's not like any other job where you can go in and do the same thing as yesterday.

With Romeo and Juliet, you're talking about two people who meet one night, and get married the same night. I believe in love at first sight-but it hasn't happened to me yet.

To believe in love, to be ready to give up anything for it, to be willing to risk your life for it, is the ultimate tragedy.

My mother is a walking miracle.