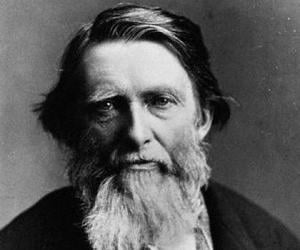 John Ruskin’s marriage to Euphemia Gray was and will probably always remain a subject of intense speculation. So much so that Hollywood acror Emma Thompson wrote the screenplay for a film titled ‘Effie’, starring Dakota Fanning in the lead role.

In 1848, Ruskin, who was then a young 29-year-old man, got married to a girl who was ten years his junior. By that time, Ruskin was already a famed art critic, with the book ‘Modern Painters’ to his name. The couple tried to make the marriage work for six long years, before Effie fell in love with her husband’s apprentice, painter John Everett Millais. Effie eventually annulled the marriage and got wedded to Millais in 1855.

Though the fact about their tumultuous and unhappy marriage is known, what is interesting to note is the reason for Ruskin’s aversion towards his wife. The critic himself said, “It may be thought strange that I could abstain from a woman who to most people was so attractive. But though her face was beautiful, her person was not formed to excite passion. On the contrary, there were certain circumstances in her person which completely checked it.” Many have wondered what those “certain circumstances” could be. While some say it was the fact that the young woman was under-educated, others contemplate that Ruskin hated children, and that is why their marriage was never consummated. In Effie’s words, Ruskin “had imagined women were quite different to what he saw I was, and that the reason he did not make me his Wife was because he was disgusted with my person the first evening.” From what Effie said, the most absurd conclusion that people have arrived at is the fact that Ruskin was obsessed with the smoothness of nude classical figurines, and the real genital qualities that Effie had, repulsed him from the very first night.

When love and skill work together, expect a masterpiece.

There is no such thing as bad weather, only different kinds of good weather.

Remember that the most beautiful things in the world are the most useless; peacocks and lilies for instance.

Sunshine is delicious, rain is refreshing, wind braces us up, snow is exhilarating; there is really no such thing as bad weather, only different kinds of good weather.

Give a little love to a child, and you get a great deal back.

There is hardly anything in the world that some man cannot make a little worse and sell a little cheaper, and the people who consider price only are this man's lawful prey.

Quality is never an accident. It is always the result of intelligent effort.

Mountains are the beginning and the end of all natural scenery.

We require from buildings two kinds of goodness: first, the doing their practical duty well: then that they be graceful and pleasing in doing it.

The highest reward for a person's toil is not what they get for it, but what they become by it.

In order that people may be happy in their work, these three things are needed: They must be fit for it. They must not do too much of it. And they must have a sense of success in it.

The first test of a truly great man is his humility. By humility I don't mean doubt of his powers or hesitation in speaking his opinion, but merely an understanding of the relationship of what he can say and what he can do.

A book worth reading is worth buying.

Art is not a study of positive reality, it is the seeking for ideal truth.

The sky is the part of creation in which nature has done for the sake of pleasing man.

The essence of lying is in deception, not in words.

Fine art is that in which the hand, the head, and the heart of man go together.

A little thought and a little kindness are often worth more than a great deal of money.

I believe the first test of a truly great man is in his humility.

Skill is the unified force of experience, intellect and passion in their operation.

Every great person is always being helped by everybody; for their gift is to get good out of all things and all persons.

Education is the leading of human souls to what is best, and making what is best out of them.

The purest and most thoughtful minds are those which love colour the most.

A great thing can only be done by a great person; and they do it without effort.

Endurance is nobler than strength, and patience than beauty.

There is no wealth but life.

No human being, however great, or powerful, was ever so free as a fish.

All great and beautiful work has come of first gazing without shrinking into the darkness.

When a man is wrapped up in himself, he makes a pretty small package.

The work of science is to substitute facts for appearances, and demonstrations for impressions.

Nothing can be beautiful which is not true.

Do not think of your faults, still less of other's faults; look for what is good and strong, and try to imitate it. Your faults will drop off, like dead leaves, when their time comes.

Walk while ye have the light, lest darkness come upon you.

In general, pride is at the bottom of all great mistakes.

Every increased possession loads us with a new weariness.

It is written on the arched sky; it looks out from every star. It is the poetry of Nature; it is that which uplifts the spirit within us.

Modern travelling is not travelling at all; it is merely being sent to a place, and very little different from becoming a parcel.

You might sooner get lightning out of incense smoke than true action or passion out of your modern English religion.

To make your children capable of honesty is the beginning of education.

To know anything well involves a profound sensation of ignorance.

To see clearly is poetry, prophecy and religion all in one.

The principle of all successful effort is to try to do not what is absolutely the best, but what is easily within our power, and suited for our temperament and condition.

You may either win your peace or buy it: win it, by resistance to evil; buy it, by compromise with evil.

No architecture is so haughty as that which is simple.

It is in this power of saying everything, and yet saying nothing too plainly, that the perfection of art consists.

When we build, let us think that we build for ever.

He that would be angry and sin not, must not be angry with anything but sin.

A thing is worth what it can do for you, not what you choose to pay for it.

The greatest thing a human soul ever does in this world... to see clearly is poetry, prophecy and religion all in one.

It is impossible, as impossible as to raise the dead, to restore anything that has ever been great or beautiful in architecture. That which I have insisted upon as the life of the whole, that spirit which is given only by the hand and eye of the workman, can never be recalled.

Tell me what you like and I'll tell you what you are.

That country is the richest which nourishes the greatest number of noble and happy human beings.

There are no such things as Flowers there are only gladdened Leaves.

Life being very short, and the quiet hours of it few, we ought to waste none of them in reading valueless books.

I believe the right question to ask, respecting all ornament, is simply this; was it done with enjoyment, was the carver happy while he was about it?

All great art is the work of the whole living creature, body and soul, and chiefly of the soul.

It seems a fantastic paradox, but it is nevertheless a most important truth, that no architecture can be truly noble which is not imperfect.

Let us reform our schools, and we shall find little reform needed in our prisons.

Taste is the only morality. Tell me what you like and I'll tell you what you are.

Not only is there but one way of doing things rightly, but there is only one way of seeing them, and that is, seeing the whole of them.

The strength and power of a country depends absolutely on the quantity of good men and women in it.

What do we, as a nation, care about books? How much do you think we spend altogether on our libraries, public or private, as compared with what we spend on our horses?

The first condition of education is being able to put someone to wholesome and meaningful work.

There is never vulgarity in a whole truth, however commonplace. It may be unimportant or painful. It cannot be vulgar. Vulgarity is only in concealment of truth, or in affectation.

Modern education has devoted itself to the teaching of impudence, and then we complain that we can no longer control our mobs.

It is his restraint that is honorable to a person, not their liberty.

An unimaginative person can neither be reverent or kind.

No good is ever done to society by the pictorial representation of its diseases.

Nearly all the powerful people of this age are unbelievers, the best of them in doubt and misery, the most in plodding hesitation, doing as well as they can, what practical work lies at hand.

Better the rudest work that tells a story or records a fact, than the richest without meaning.

An architect should live as little in cities as a painter. Send him to our hills, and let him study there what nature understands by a buttress, and what by a dome.

Men were not intended to work with the accuracy of tools, to be precise and perfect in all their actions.

Men don't and can't live by exchanging articles, but by producing them. They don't live by trade, but by work. Give up that foolish and vain title of Trades Unions; and take that of laborers Unions.

The first duty of a state is to see that every child born therein shall be well housed, clothed, fed and educated till it attains years of discretion.

Men cannot not live by exchanging articles, but producing them. They live by work not trade.

To give alms is nothing unless you give thought also.

I have not written in vain if I have heretofore done anything towards diminishing the reputation of the Renaissance landscape painting.

Punishment is the last and the least effective instrument in the hands of the legislator for the prevention of crime.

The art which we may call generally art of the wayside, as opposed to that which is the business of men's lives, is, in the best sense of the word, Grotesque.

Large fortunes are all founded either on the occupation of land, or lending or the taxation of labor.

No lying knight or lying priest ever prospered in any age, but especially not in the dark ones. Men prospered then only in following an openly declared purpose, and preaching candidly beloved and trusted creeds.

All that we call ideal in Greek or any other art, because to us it is false and visionary, was, to the makers of it, true and existent.

Some slaves are scoured to their work by whips, others by their restlessness and ambition.

It is not how much one makes but to what purpose one spends.

Doing is the great thing, for if people resolutely do what is right, they come in time to like doing it.