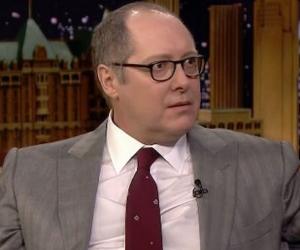 The unknown is very appealing to me. I like to be surprised. I love the idea I might know less at the end of reading something than I do at the beginning.

I'm not someone so much interested in exploring a slice of life unless that is down the corridor, around the corner, up the alley, and down the rabbit hole. That, I like.

I pretty quickly move from an idea to possibilities for execution. If there's one advantage, I think, with working in television for even a short amount of time is trying to gain a faculty for processing a storyline or an idea and how to then best implement that and execute that as swiftly as possible.

I grew up a Red Sox fan. I grew up going to Fenway Park and the Museum of Fine Arts and the Science Museum and Symphony Hall and going to the Common, walking around. My whole family at different times lived and worked in Boston.

I don't think movies or television have any basis in reality at all. It's all just pretend. That's what's fun about it.

I think the most significant change in my life is the decision to do a series. An hourlong dramatic television series on a broadcast network swallows you and chews you up and refuses to spit you out. You're making a decision that's going to be a profound and significant impact on the practical aspects of your life.

I'm most drawn to characters who are compelling and repellant at the same time, very often right at the same moment, and who are frightening and funny all at once.

When I'm not working, I don't get my hair cut. I don't know what the next character looks like.

Love is the one emotion actors allow themselves to believe.

Acting is a great way to make a living, especially when I consider what my alternatives were and probably still are. I mean, you are only making movies. It is a lot less pressure than being a surgeon; although it seemed like the only other thing that I was qualified for was manual labour.

The script is the coloring book that you're given, and your job is to figure out how to color it in. And also when and where to color outside the lines.

I like to read and listen to music and go for walks and travel and see art. I enjoy cooking and eating and spending time with my family. I don't really find myself searching for things on the television very much.

I am not very responsible economically. I have a history working on films for years and years, and by the time I was starting the next film, I was starting from zero again.

When doing theater, you have to find great satisfaction in the small things. There's going to be a repetition and a redundancy night after night, but it's the small variations in those moments - a word, a tone of voice, the smallest sense of enlightenment that can happen in an instant onstage - that will be the most rewarding.

If I don't need the money, I don't work. I'm going to spend time with my family and friends, and I'm going to travel and read and listen to music and try to learn a little bit more about how to be a human being, as opposed to learning how to be somebody else.

Acting for me, is a passion, but it's also a job, and I've always approached it as such. I have a certain manual-laborist view of acting. There's no shame in taking a film because you need some money.

Sometimes with people their work is the most important thing to them, and sometimes the work enables you to do other things that are more important to you. I probably am closer to that.

It's fun to explore behavior that you can't explore in your own life, so you fool around with it in acting.

If you find great difficulty in trying to reckon with the future or even the present, I think it's intuitive to start that process by reckoning with the past.

Acting is easy and fun. You earn a lot of money, and you bang out with girls. The profession is given tremendous significance within our society, but it's not really worthy of it.

People who supported Obama felt like they formed a relationship, that they were being spoken to. The way that campaign worked and the way he's worked during his first term is to make people feel like he's grasping their hand, whether it's by tweeting or email, moments after an event, sometimes during an event. It makes people relate to him.

You know, when you choose to make your living as an actor, it's all fine and good to look at it as some kind of artistic endeavor. At its best, it is that. But the fact is, most of the actors out there don't earn $3 million a picture and can't afford to take two years off between films and look for the right thing. Most of us are tradesmen.

I lost interest in firearms because we had a dog that was scared to death of the sound of a rifle shot.

The first perk of theater is the girls.

I've made a lot of very small movies that may not have had a large initial audience. Then it shows up on cable.

Working in theater, film, or television are three different jobs for an actor, and I accept them as such.

I don't think anybody in the entertainment industry or in politics is surprised by the fact that those worlds are rife with promiscuity and irresponsibility - certainly a lack of accountability.

I think also there's no question that Lincoln has been diluted down through history in some way, almost by becoming as iconic as he is, in a way he's become diluted.

I think that Barack Obama faces a level of divisiveness, and I don't mean on a national level in terms of the North and the South and the Civil War; I really mean just politically.

I didn't watch much television growing up, and before I did 'Boston Legal,' I had no understanding of what it was like for a viewer to look forward to finding out what was going to happen the next week.

I've had a lazy career. Sometimes one film a year, sometimes none. I'm walking around in the street and doing this other thing, living, that I'm much more interested in. I just do some acting on the side.

I'm not eager at all to present my life out there for public consumption. I like to do one or two films a year and then do what is absolutely obligatory in terms of promoting them. My life outside of films is vital to me.

The protagonists that I've played tend to be people who make trouble. Or even if they don't make it, they certainly disrupt things. It's fun to do that in life as well. But I don't think I ever played myself.

For me, when working on a film or play or television show, everything for me starts with the screenplay and I am devoted to that and that is what I work from. Any research I do or any preparation I do on my own is all ultimately in service of that.

There are some actors who are very good at developing things, who have... 'things in the pipeline.' I am abysmal at that kind of thing, loathe it, and am a terrible planner. Unless I'm showing up on the set and acting, I prefer to have nothing to do with the actual business of being an actor.

I know that one's visibility is very high on television, even with an unsuccessful show! With a successful role, it's even higher.

My career had been split pretty evenly between good guys and bad guys until I finally grew into myself enough to play a decent antihero, where you can combine the two.

I'm paid well and am demanding of the people I work with, and therefore, I feel I should bring a lot.

I'm not a planner. I like to try something different, to just see what happens.

I've had tremendous opportunities in film and continue to have them, but it's such a different thing to do a television show, and I'm very lucky to be able to do them both.