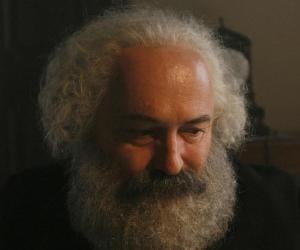 Humboldt University of Berlin, University of Bonn, Friedrich Schiller University of Jena
Philosophers, Economists, Intellectuals & Academics, Sociologists
In 1851, the American daily, 'New York Herald Tribune' decided to hire a German journalist called Karl Marx who was not so famous in the media circles. Marx was appointed to represent the media firm in London. This man was steeped in financial debts and had a family to fend for. That is exactly why he repeatedly asked the daily's founder, Horace Greeley as well as Charles Dana, its managing editor, for a raise. The meagre $5 that he earned was nothing short of "lousiest petty-bourgeois cheating" in Marx's words. Karl's requests were turned down time and again and soon the correspondent decided to try his hand at something that would assure him a more comfortable means of living. He left his job at the "Tribune" and began formulating his own theory of revolution; one that would subsequently influence political ideologies such as "Leninism" as well as "Stalinism" and finally result in "The Cold War". This story about Marx, who went on to be hailed as one of the greatest philosophers of all time, was recalled once by the American President John .F. Kennedy. Kennedy enlightened the members of the "American Newspaper Publishers' Association" on April 27, 1961 about this episode from Marx's life. Kennedy concluded by saying, "If only this capitalistic New York newspaper had treated him more kindly; if only Marx had remained a foreign correspondent, history might have been different, and I hope all publishers will bear this lesson in mind the next time they receive a poverty-stricken appeal for a small increase in the expense account from an obscure newspaper man." This remark of the former American president left the audience in splits.

Workers of the world unite; you have nothing to lose but your chains.

The rich will do anything for the poor but get off their backs.

The ruling ideas of each age have ever been the ideas of its ruling class.

Necessity is blind until it becomes conscious. Freedom is the consciousness of necessity.

The meaning of peace is the absence of opposition to socialism.

Reason has always existed, but not always in a reasonable form.

History repeats itself, first as tragedy, second as farce.

The theory of Communism may be summed up in one sentence: Abolish all private property.

Revolutions are the locomotives of history.

Let the ruling classes tremble at a communist revolution. The proletarians have nothing to lose but their chains. They have a world to win. Workingmen of all countries, unite!

The first requisite for the happiness of the people is the abolition of religion.

Society does not consist of individuals but expresses the sum of interrelations, the relations within which these individuals stand.

Democracy is the road to socialism.

The only antidote to mental suffering is physical pain.

If anything is certain, it is that I myself am not a Marxist.

Anyone who knows anything of history knows that great social changes are impossible without feminine upheaval. Social progress can be measured exactly by the social position of the fair sex, the ugly ones included.

The ideas of the ruling class are in every epoch the ruling ideas, i.e., the class which is the ruling material force of society, is at the same time its ruling intellectual force.

Landlords, like all other men, love to reap where they never sowed.

Capitalist production, therefore, develops technology, and the combining together of various processes into a social whole, only by sapping the original sources of all wealth - the soil and the labourer.

Religion is the opium of the masses.

For the bureaucrat, the world is a mere object to be manipulated by him.

Capital is money, capital is commodities. By virtue of it being value, it has acquired the occult ability to add value to itself. It brings forth living offspring, or, at the least, lays golden eggs.

Social progress can be measured by the social position of the female sex.

Religion is the impotence of the human mind to deal with occurrences it cannot understand.

Religion is the sigh of the oppressed creature, the heart of a heartless world, and the soul of soulless conditions. It is the opium of the people.

History does nothing; it does not possess immense riches, it does not fight battles. It is men, real, living, who do all this.

The country that is more developed industrially only shows, to the less developed, the image of its own future.

The more the division of labor and the application of machinery extend, the more does competition extend among the workers, the more do their wages shrink together.

Nothing can have value without being an object of utility.

While the miser is merely a capitalist gone mad, the capitalist is a rational miser.

The development of civilization and industry in general has always shown itself so active in the destruction of forests that everything that has been done for their conservation and production is completely insignificant in comparison.

Art is always and everywhere the secret confession, and at the same time the immortal movement of its time.

A specter is haunting Europe - the specter of communism.

Capital is reckless of the health or length of life of the laborer, unless under compulsion from society.

The human being is in the most literal sense a political animal, not merely a gregarious animal, but an animal which can individuate itself only in the midst of society.

Men's ideas are the most direct emanations of their material state.

There is a specter haunting Europe, the specter of Communism.

The writer must earn money in order to be able to live and to write, but he must by no means live and write for the purpose of making money.

Machines were, it may be said, the weapon employed by the capitalists to quell the revolt of specialized labor.

Experience praises the most happy the one who made the most people happy.

The writer may very well serve a movement of history as its mouthpiece, but he cannot of course create it.

Greek philosophy seems to have met with something with which a good tragedy is not supposed to meet, namely, a dull ending.

The product of mental labor - science - always stands far below its value, because the labor-time necessary to reproduce it has no relation at all to the labor-time required for its original production.

On a level plain, simple mounds look like hills; and the insipid flatness of our present bourgeoisie is to be measured by the altitude of its great intellects.

It is absolutely impossible to transcend the laws of nature. What can change in historically different circumstances is only the form in which these laws expose themselves.

Without doubt, machinery has greatly increased the number of well-to-do idlers.

A commodity appears at first sight an extremely obvious, trivial thing. But its analysis brings out that it is a very strange thing, abounding in metaphysical subtleties and theological niceties.

It is not history which uses men as a means of achieving - as if it were an individual person - its own ends. History is nothing but the activity of men in pursuit of their ends.

The English have all the material requisites for the revolution. What they lack is the spirit of generalization and revolutionary ardour.