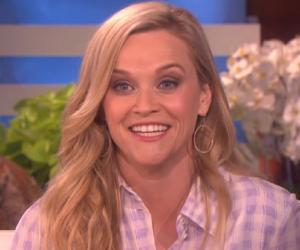 One Saturday in May 2015, the 'Legally Blonde' star Reese Witherspoon was hosting the popular American TV show ‘Saturday Night Live’. This celebrity announced that a person she fondly referred to as "the love of my life" would be joining her. Contrary to what most people were assuming, this special person turned out to be her mother, Betty Witherspoon and not husband, Jim Toth.

As Betty joined the mothers of other ensemble stars to participate in the sketches, each and every cast member including Reese had to apologize for something they had done as kids. The actress confessed, "OK, this is bad guys, but Mom, I'm really sorry that that one time in high school, I told you that I was going to go sleep over at Ashley's house, but instead, I checked into a hotel with my boyfriend. But then I felt so guilty, that I left and went back to Ashley's house. Do you forgive me?" Betty replied, "Of course, Sweetheart. And now me and the other moms have something we want to apologize for. We're sorry that we're about to show a bunch of home videos of you kids."

This episode of ‘Saturday Night Live’, which was the second occasion Reese presented the show, showed the world a fun side of the acclaimed actress, which we don't get to see too often.

But with the right kind of coaching and determination you can accomplish anything and the biggest accomplishment that I feel I got from the film was overcoming that fear.

Everybody needs love. Everyone deserves it.

I love to cook comfort food. I'll make fish and vegetables or meat and vegetables and potatoes or rice. The ritual of it is fun for me, and the creativity of it.

For our first date, I made Ryan Hamburger Helper, which is basically what I grew up on. I make my own version of it now, with macaroni and cheese and hamburger meat. And the kids - it's their favorite dinner.

Many people worry so much about managing their careers, but rarely spend half that much energy managing their LIVES. I want to make my life, not just my job, the best it can be. The rest will work itself out.

There's no bad consequence to loving fully, with all your heart. You always gain by giving love.

I feel very blessed to have two wonderful, healthy children who keep me completely grounded, sane and throw up on my shoes just before I go to an awards show just so I know to keep it real.

I don't believe in perfection. I don't think there is such a thing. But the energy of wanting things to be great is a perfectionist energy.

Confidence is everything in this business.

I have to admit I was dismayed when I found out 'type A' refers to a category of risk for heart disease - I thought it was just a nickname my mom gave me!

It's fun chasing boys, especially when you're young, but I think it takes time and life experience to notice the other boys.

I played a lawyer in a movie, so, many times I think I am a lawyer. And clearly I'm not a lawyer, because I got arrested.

There are things in my life that are hard to reconcile, like divorce. Sometimes it is very difficult to make sense of how it could possibly happen. Laying blame is so easy. I don't have time for hate or negativity in my life. There's no room for it.

Being a Southern person and a blonde, it's not a good combination. Immediately, when people meet you, they think of you as not being smart.

I don't know what I would have done so many times in my life if I hadn't had my girlfriends.

I had parents who believed I could do anything - and I know how that made me feel. I think both my parents, having careers in the medical profession, feel they are helping people on a daily basis, and that was inculcated in me as a value. I had to struggle with giving up the idea of becoming a doctor myself.

I had someone correct my grammar once on a blind date, and within the first 10 minutes the date was over. You just don't correct somebody's grammar. That's just not okay. I'm from Tennessee, so I probably say everything wrong. I might have said 'ain't,' or something like that.

It really bothers me when people don't use coasters. Particularly on my table.

I got a role in this movie called Freeway playing this really angry, aggressive, violent young woman who believed wholeheartedly in the truth. I had such satisfaction afterward, and I thought, That's what I want to do.

The joy we get as actors is out of transforming ourselves into something that's not necessarily anything true to ourselves. And it's a power - not being yourself, and being in the role; it's just like another prop.

To play June, I had an immediate connect with her background and culture. We grew up with the same religion and shared a lot of the same values of family and spirituality. But I was really so inspired by what a modern woman she was.

Ryan and I didn't grow up like this at all, with this much attention. We'll just try to keep their feet on the ground and raise them with the values we were raised with.

I'm just chatty. But I do express my opinion.

Even people that know Johnny Cash's music really well and know that he was married don't really know that much about June Carter. So finding out about her really helped to inform my performance and to bring her to the front in a way that she has never been before.

But listen, I'm 29-years-old, I'm really lucky to be there and whatever happens I've been really blessed already. I have plenty of awards for this movie and if this was it for me I'd be really content.

I get crazy in a bookstore. It makes my heart beat hard because I want to buy everything.

Well I always wanted to be Dolly Parton when I was a little girl. I was obsessed with her.

We each own one car, and we have a reasonable house. It's a lovely place to be, but it's not extravagant.

Well I had my kids so young that I kind of feel that I'm a kid too and am growing up with them. The things they're interested in tend to really influence me.

I'm losing friendships over forgetting to get back to people. But you can't keep up with everything. I've got a 13-year-old, a nine-year-old and a baby.

That said, I'd love to do a musical, either in film or on stage.

It's fun to do a comedy and hook people in and then hoodwink them into watching a serious movie. I like to lead in with the comedy and then hit them over the head with a drama.

I read while the kids play. I can see them from the kitchen window. And I'm a fast reader.

That said, my kids are at home right now with my husband and I'm missing something important at my daughter's school which makes me feel sick inside. It's a lot of balance and a lot of really hard decision making.

I started working on trying to sound like June from the very beginning.

I think movies are great and I have a great time making them but they're not what keeps you warm at night, or what's ultimately the most important thing in anyone's life journey.

I take the kids to church and Sunday school. They love it. I really think it's important for a child to feel that there are things that are bigger than your life out there.

I worry about my kids growing up and how the world might hurt them. But at the same time, I absolutely do not worry about them growing up - because they have great values and a great sense of self.

I would love to have more kids. Kids are the best part of my day. I don't wake up to make movies. I wake up to hang out with my family.

Do I need men? I don't think it's about needing men. It's about love.

I think it's really interesting to play a woman who can articulate that she isn't ready to have a family and isn't even sure if she wants a family. I have a lot of friends like that. But obviously, that's not me.

I think, like every working parent, I sometimes feel that there are not enough hours in the day. But overall, I'm very fortunate that my job has a lot of flexibility. I spend a lot of time with the kids, just around the house.

My whole drive to be an actor was finding roles that I really believed represent modern women, the struggles that we deal with. Women who are strong and capable and in control of their own lives.

I don't think I realised how stressed I was, being a single parent. It was really, really stressful. It's not easy on anybody.

I really wanted to be a Broadway kid.

Somebody close to me once said, 'Oh, no man will ever accept your children.' And I just thought it was the most horrifying thing someone has ever said to me in my entire life. I was determined to find somebody who would make that not true.

I love to sing around the house and in the car, but my daughter hates it.

My ex-husband is very involved in raising our beautiful children. We're very lucky because we both grew up in working families in middle America. We're on the same page that way.

I literally think I look bad in every picture.

Realizing you're not anything special to the kids is always a great sort of reminder that you're just a regular person. A regular, embarrassing old mom.

I spent a lot of my 20s just trying to make other people happy, rather than trying to figure out if doing that made me happy.