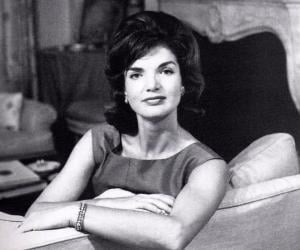 Famous for being the First Lady, i.e. the wife of former US President John F. Kennedy, Jacqueline was quite inconspicuous while pursuing one particular prevalent habit. As many of us might be unaware, Jackie was a chain smoker, so much so that, three packs of cigarettes were a regular for her. Of course, there are a few rare photographic evidences of Mrs. Kennedy with a cigarette in hand. However, owing to her powerful and authoritative disposition, she ensured that such pictures were seldom taken. In fact, she even prohibited reporters from mentioning this fact in the newspapers. For instance, when biographer William Manchester was drafting a book titled, ‘The Death of a President’, he mentioned an incident where Jacqueline was searching for a cigarette in her bag. The First Lady stood her ground on the demand that the information be removed from the final copy.

Lyndon Johnson, who took up the President’s office after the death of close friend JFK, knew about Jackie’s affinity for smoking. Johnson ensured that whenever she visited his house, he had ample stock of her favorite brand of cigarettes, ‘Salem’. She continued smoking long after JFK’s demise, even when she was with her second husband, business tycoon Aristotle Onassis. By then she had dropped her guard and was often seen publicly using a cigarette holder to smoke one. In 1994, Jacqueline was diagnosed with cancer, after which she resigned to quitting the harmful habit. Unfortunately, the same year this enigmatic lady succumbed to her disease.

The children have been a wonderful gift to me, and I'm thankful to have once again seen our world through their eyes. They restore my faith in the family's future.

I don't understand it. Jack will spend any amount of money to buy votes but he balks at investing a thousand dollars in a beautiful painting.

If you bungle raising your children, I don't think whatever else you do matters very much.

The first time you marry for love, the second for money, and the third for companionship.

The one thing I do not want to be called is First Lady. It sounds like a saddle horse.

A camel makes an elephant feel like a jet plane.

Now, I think that I should have known that he was magic all along. I did know it - but I should have guessed that it would be too much to ask to grow old with and see our children grow up together. So now, he is a legend when he would have preferred to be a man.

You have to have been a Republican to know how good it is to be a Democrat.

One must not let oneself be overwhelmed by sadness.

I want minimum information given with maximum politeness.

Even though people may be well known, they hold in their hearts the emotions of a simple person for the moments that are the most important of those we know on earth: birth, marriage and death.

I think the best thing I can do is to be a distraction. A husband lives and breathes his work all day long. If he comes home to more table thumping, how can the poor man ever relax?

Can anyone understand how it is to have lived in the White House and then, suddenly, to be living alone as the President's widow?

I want to live my life, not record it.

An Editor becomes kind of your mother. You expect love and encouragement from an Editor.

There are many little ways to enlarge your child's world. Love of books is the best of all.

He didn't even have the satisfaction of being killed for civil rights. it had to be some silly little Communist.

I don't think there are any men who are faithful to their wives.

The only routine with me is no routine at all.

I am a woman above everything else.

You are about to have your first experience with a Greek lunch. I will kill you if you pretend to like it.

Being a reporter seems a ticket out to the world.

I'll be a wife and mother first, then First Lady.

Sex is a bad thing because it rumples the clothes.

When Harvard men say they have graduated from Radcliffe, then we've made it.

I always wanted to be some kind of writer or newspaper reporter. But after college... I did other things.

It looks like it's been furnished by discount stores.

What is sad for women of my generation is that they weren't supposed to work if they had families. What were they going to do when the children are grown - watch the raindrops coming down the window pane?

Whenever I was upset by something in the papers, Jack always told me to be more tolerant, like a horse flicking away flies in the summer.