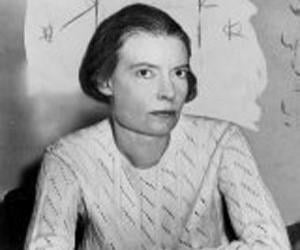 Social and religious activist, Dorothy Day first realized her love for spiritual awareness when she chanced upon ‘The Jungle’, a novel written by American journalist Upton Sinclair. The book kindled her conscience and she began differentiating right from wrong. Influenced by this soul-stirring piece of literature, the social worker began to explore what it felt like to be living in poverty. Dorothy realized that even the darkest of all pits held an unrivalled enigmatic appeal. She began appreciating those little things of day-to-day life that we otherwise turn a blind eye to. Be it unassuming geraniums that blossomed from the fissures in walls, the pungent smell of garlic or the mundane fragrance of freshly roasted coffee. Day claimed, “Here was enough beauty to satisfy me”.

This compassionate woman’s love for great works of literature increased by the day, as she travelled through the worlds opened up by the likes of Leo Tolstoy and Fyodor Dostoyevsky. The latter’s book, ‘The Brothers Karamazov’ inspired her so much that she readily adopted the quote, “Love in action is a harsh and dreadful thing compared to love in dreams; active love is labor and fortitude”. This passion for compassionate service towards those in need could be seen clearly in her actions, especially after her conversion from Protestantism to Catholicism. Day has made such an impact on Catholics across the world that Pope Francis on his visit to the US in September, 2015, recommended her as an inspiration to look up to.

We believe in loving our brothers regardless of race, color or creed and we believe in showing this love by working for better conditions immediately and the ultimate owning by the workers of their means of production.

Men are beginning to realize that they are not individuals but persons in society, that man alone is weak and adrift, that he must seek strength in common action.

They cannot see that we must lay one brick at a time, take one step at a time.

Women think with their whole bodies and they see things as a whole more than men do.

The greatest challenge of the day is: how to bring about a revolution of the heart, a revolution which has to start with each one of us?

We have all known the long loneliness, and we have found that the answer is community.

As for ourselves, yes, we must be meek, bear injustice, malice, rash judgment. We must turn the other cheek, give up our cloak, go a second mile.

The legal battle against segregation is won, but the community battle goes on.

We are the nation the most powerful, the most armed and we are supplying arms and money to the rest of the world where we are not ourselves fighting. We are eating while there is famine in the world.

First of all, let it be remembered that I speak as an ex-Communist and one who has not testified before Congressional Committees, nor written works on the Communist conspiracy.

I firmly believe that our salvation depends on the poor.

It is easier to have faith that God will support each House of Hospitality and Farming Commune and supply our needs in the way of food and money to pay bills, than it is to keep a strong, hearty, living faith in each individual around us - to see Christ in him.

I believe that we must reach our brother, never toning down our fundamental oppositions, but meeting him when he asks to be met, with a reason for the faith that is in us, as well as with a loving sympathy for them as brothers.

I have long since come to believe that people never mean half of what they say, and that it is best to disregard their talk and judge only their actions.

We cannot build up the idea of the apostolate of the laity without the foundation of the liturgy.

Our faith is stronger than death, our philosophy is firmer than flesh, and the spread of the Kingdom of God upon the earth is more sublime and more compelling.

Love casts out fear, but we have to get over the fear in order to get close enough to love them.

Don't call me a saint. I don't want to be dismissed so easily.

Knitting is very conducive to thought. It is nice to knit a while, put down the needles, write a while, then take up the sock again.

When we have spiritual reading at meals, when we have the rosary at night, when we have study groups, forums, when we go out to distribute literature at meetings, or sell it on the street corners, Christ is there with us.

Together with the Works of Mercy, feeding, clothing and sheltering our brothers, we must indoctrinate.

Words are as strong and powerful as bombs, as napalm.

We must recognize the fact that many Nazis, Marxists and Fascists believe passionately in their fundamental rightness, and allow nothing to hinder them from their goal in the pursuit of their mission.