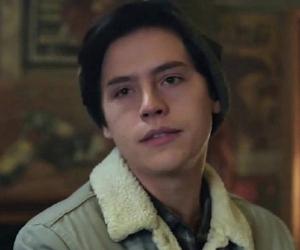 I am a sucker for that childhood romance narrative.

I just survived a Disney career without singing. I don't want to, like, fall back in. I feel like I escaped, so if we could avoid it for as long as possible, that would be great.

Twins work really well in the industry because child labor laws dictate a baby, as an example, can only work for, like, an hour a day.

I couldn't continue to live in a bubble and hope to be an empathic actor. It doesn't work.

There were points I wanted to stop acting. We got so busy and didn't get to see our friends a lot, and I was like, 'Wow, I'm kind of over this.' But then we started really having fun on 'The Suite Life.'

I was sad and in a dark place, and I turned to a hobby to sort of take me out of that.

I take a lot of pride in my photography.

Arrogance sort of destroys that nervousness because you're having a bunch of people flatter you and tell you you're awesome, and it keeps you from striving as hard for the kind of validation you seek from a good show.

I'm a firm believer that if you're nervous before you go into a scene, it means the scene is going to be good, and it means you're invested in making something special.

My brother and I have a profound nostalgia for our youth, and I think people need to come to terms with things leaving and being gone.

We went all dark and grimy for 'Riverdale.'

I think the teenage sides of myself have informed my adult self.

I think, for many teens, a fundamental fact of the teenage experience is that you're in between this childlike state, in which you're told you're completely unqualified for just about anything in the adult world, and this adult world, where you're being told you have to be responsible, and you're just trying to figure out where you stand.

If someone feels afraid to tell you honest criticism, then you're never going to improve.

I became obsessed with the storytelling of photography and going on little adventures.

I think sexuality, especially, is one of those fluid things where oftentimes we find who we are through certain things that happen in our lives.

I think there's still a lot of room in 'Riverdale' for that. Asexuality is not one of those things, in my research, that is so understood at face value, and I think maybe the development of that narrative could also be something very interesting and very unique and still resonate with people and not step on anyone's toes.

Photography is a pursuit that allows you to be very hands-on with what you show people of either yourself or the art you want to make, and acting is kind of the exact opposite. You do have a modicum of creative freedom as an actor, but you're still very much a cipher for other people's art.

The world of fashion and fine arts in New York really took me by surprise, and photography has helped me through a period of personal turmoil. I am glad when people like my portfolio, but its aim is - or was - to keep me at peace.

Jughead, to me, was reflective of a teen experience that made a lot of sense to me.

It's one of those things that gets written off as humorous when you watch a child entertainer try to redefine themselves, but it can be an intense identity crisis.

There's an incredible amount of loneliness that comes with child stardom because you're isolated from your society.

Being on set is the thing I love the most, and a lot of the things that come alongside acting and entertainment are the things I despise, to be quite honest.

We have to be thankful for what we have. A lot of kids would love to be in our situation, and we realize that.

It's pretty inappropriate of fans to think they can expect any kind of narrative from showrunners or writers or actors. I just don't think that's the way you should engage with material that you're watching as a passive audience member.

I think as long as acting feels fulfilling and continues to feel fulfilling, it's worth it to me.

To even be a working entertainer in Hollywood is such a rare privilege.

No man is an island, especially not Jughead.

I think we all have different ways with coming to terms with celebrity if you're raised within it. Everyone goes through it differently, and there's no one right answer.

I think Jughead is a pretty trustworthy character - not only a narrator. I think he might be selfish, but he's obviously selfish, and that is comforting to me. I also think he has a really strong moral fiber and a propensity for good, and he tries to cultivate that in other people.

It's easy to get swept up in the trappings of that sort of lifestyle, but I've been doing it for long enough that I know how easy it is to fall victim to that sort of arrogance and cockiness that celebrity culture can bring about, in young men especially.

I come from an educational environment that really praises, as do I, the forms of representation that are otherwise lacking in our public media.

Part of the reason I went to college was that I wanted to fade out peacefully: show everybody I had gone through something that was quite challenging and difficult but did so with grace and poise and got an education.

I love to bake. Cakes are my specialty - they have to be moist and sugary.

Whenever someone says, or whenever someone harkens back to, a golden age of the U.S. - usually the '40s or '50s - 90 percent of the time, they're a straight white man.

I had become obsessed with the control-freak aspect of photography and with the rising importance of the image in our social media age it ended up working.

I prefer my friends and family not to watch anything I do.

We chose NYU because their arts program was great, and they're a prestigious institution, but really because you're in a city. You're involved in a completely different way of life. You didn't feel trapped within a campus or in a bubble.

Something Dylan and I really don't care much for is leaning into the identical twin thing. It doesn't make sense.

I was having a dilemma whether I wanted to return to acting at all because I was coming from this sort of agency-less childhood career, and I'd never made the choice to go into acting.

I focus on different parts of the body on different days. It's usually high-intensity circuits and a lot of body weight stuff.

At first, when I received the script for the 'Archie' show, I was immediately turned off.

I had a really complicated relationship with acting for a long time.

It's no new narrative to say that when people get out of child stardom, they oftentimes rebel in very serious ways.

Because 'Friends' is on Netflix, there's a renewed interest from that... People can call me 'Ben' on the street, and I will turn around.

I had a really, really hard time working with Aniston because I was so in love with her. I was infatuated. I was speechless - I'd get all bubbly and forget my lines and completely blank. It was so difficult.

When I would read the 'Archie' comics when I was younger, I was rooting for Betty and Archie way over any alternative.

I needed to see if I could have fun in a project again, and 'Riverdale' was a project that ended up looking like a tonne of fun.

Jughead is one of those characters that takes the opinions of his father really seriously and probably seeks a bit of validation from him.

We were at this point of recognisability where we couldn't even walk around anymore... I was really socially anxious and strange.

There comes a real loneliness in celebrity where you're constantly told you're part of an out group in your own society.

My secret pleasure is painting these little mini figures that you send into battle - they're called Warhammer figures. It's the nerdiest thing in the world, but it's a lot of fun. It's relaxing; that's the main reason I do it.

Going to college made me realize you have to have real spaces of privacy, and you have to establish those early.

I don't come from a lot, so Disney gave me the opportunity to go to college, which is great. My brother and I are some of the first in our family to ever do that.

My grandpa was a geologist, and I always had this fascination with not only earth sciences but ancient history.

I believe every photographer is influenced by their sexual preference in a greater or lesser way, and it certainly has affected me.

If we were writing what the fans wanted to see, Betty and Jughead would be the most linear, monotonous narrative of all time.

I took a break from acting for a little bit, came back, and didn't know how it was going to be, but I had so much fun. I really had, like, a reinvention, a renewal.

Y'know, I think, inherently, when you hear something like a teenage narrative come into play, even the idea that it's being called 'teenage' is a notion that it's being reduced to a problem that's not quite adult. That's a problematic thing to say about a narrative that could actually be dangerous, could be hurtful, could be upsetting.

I think Jughead's a selfish character. I think he really is.

My Twitter is a joke toilet, and I filter all these old, cringe-y parts of my brother and my childhood through that in an attempt to flush it down the drain forever.

I don't regret anything about my younger career, mainly because we were children and didn't have too much power, but also because it gave us the privilege to be where we are now.

I'm a believer that we should support various forms of representation because they clearly resonate with unheard groups of people, and for such a huge project like 'Riverdale,' this kind of representation is fundamentally important.

Maybe it was escapism, but I had become obsessed with going to remote locations and keeping myself behind the camera.

There is no question I consider myself a feminist, but I also think the term 'feminist' has become a topical thing to say without backing it up with any real action.

My background with acting is deeply interwoven with my family life and my childhood. It's a 'Peter Pan'-like narrative, something that was golden but could also be a bit dubious.

The way Jughead talks to Archie and vice versa is very much the way I would talk to my twin.

I've become obsessed with trying to figure out who I am against situations that make me uncomfortable and not settled, ensuring that that fear of stagnation doesn't allow me to flip into that bubble of privilege.